We all think DevOps is a better way to work, but how can you begin to measure aspects of your DevOps transformation. In this episode we talk to Adam Auerbach and Topo Pal of Capital One, and learn more about the work they are doing. We discuss how their DevOps journey started, how it’s now a CIO mandated journey, and how they build some open source tooling to help them measure the speed at which they are moving.

15 principles of CD (mostly binary, used to create heatmap of maturity for Capital One platforms) 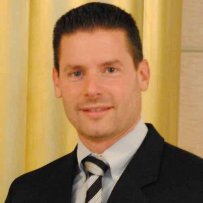 Adam Auerbach is the Sr Technology Director for Advanced Testing and Release services for Capital One Financial Corporation.  Adam is responsible for Capital One’s enterprise performance and automated testing departments as well as enterprise release management. Since joining Capital One, he has provided leadership for the agile transformation of their quality assurance group and led the enterprise adoption of DevOps and ATDD. Before joining Capital One, Adam was with Chase and other financial and insurance companies, in various leadership positions focusing on quality and agile practices.

Tapabrata Pal has 20 years of IT experience in various technology roles (developer, operations engineer, and architect) in the retail, healthcare, and finance industries. Over the last five years, Tapabrata has served as director of Capital One’s Enterprise Architecture group, and led the company’s DevOpsSec initiatives. He is currently director and individual contributor focusing on next-generation infrastructure. Tapabrata is also the community manager and a core committer of an Open Source project “Hygieia” that won “Open Source Rookie of the Year” for 2015.
Previously, Tapabrata spent some time in academics doing doctoral and post-doctoral research in the field of solid state physics.

We are back with a great episode. Ross and I talk to Courtney Kissler and Jason Josephy about Nordstrom’s Continuous Improvements practices. We touch on ideas such as DevOps and Mainframes, Lean principles, the envelope game, and incremental vs disruptive change.

Links from the show:

Courtney Kissler – @ladyhock – Courtney has been with Nordstrom since 2002, when she joined the company as a security engineer. By 2004, she had moved into a leadership role supporting the direct operations team, and went on to additional leadership positions in infrastructure/operations, supporting the integration competency center, corporate center delivery teams, and e-commerce program management. In 2012, Courtney assumed her current role supporting program management, delivery, and support for the store and digital technology teams, and continuous improvement program. Courtney graduated with a B.S. in Computer Information Systems from Eastern Washington University. Post graduation, Courtney worked for two startup companies, CyberSafe and WorldStream Communications, in helpdesk, sysadmin, and networking positions.

Jason Josephy – @jjosephy – I have been working in software for the

last 18 years. While still attending the University of Washington, where I was studying Computer Science, I started doing web development building web pages and light weight ASP applications. right after college I joined Microsoft where I stayed for 16 years. While there I was exposed to many different Software Engineering Methodologies, primarily agile, and worked on a number of Products and Services from Web to Desktop and built a broad base of experience across stacks. In 2005, I began my evolution with agile, receiving my certification as a Scrum Master and went on to run and facilitate a number of agile Teams. My passions are in Services and Distributed Systems as well as Mathematics.

I have lived in the Pacific Northwest my entire life, growing up in Idaho and moving to Seattle in 1993 where I have been ever since. I love the outdoors and really enjoy skiing and fly fishing. Most of my time these days is spent with my two young boys Aven and Micah who are 4 and 2 respectively.

It’s time for another episode of The Goat Farm. On this episode Ross and I talk about: Why do Managers Hate Agile?, Taylorism, hiring and the problems with specialization, and we chat with Scott Prugh about his experiences with DevOps at CSG.

We also touch on the idea of running internal conferences to help spread the word of new technologies within the company, and Ross shares his excitement over the wildly successful DevOps Days at Target. Stay tuned for an upcoming episode where we will talk more about running your own events.

Scott is responsible for the overall Platform Architecture and Development in North American Cable. Scott led the architecture teams in developing many of CSG’s next generation assets including Product Configurator and Order Capture.  Scott has been instrumental in leading change at CSG implementing Lean, Agile and DevOps practices.  These changes have resulted in 90% reductions in release impact. Scott is a Lean Practitioner and certified as a Scaled Agile Framework Program Consultant. Previously, Scott was CTO of Telution and built the core runtime and billing architecture for the COMx product suite.

Here is Scott’s talk at the DevOps Enterprise Summit 2014