We all think DevOps is a better way to work, but how can you begin to measure aspects of your DevOps transformation. In this episode we talk to Adam Auerbach and Topo Pal of Capital One, and learn more about the work they are doing. We discuss how their DevOps journey started, how it’s now a CIO mandated journey, and how they build some open source tooling to help them measure the speed at which they are moving.

15 principles of CD (mostly binary, used to create heatmap of maturity for Capital One platforms)

Adam Auerbach is the Sr Technology Director for Advanced Testing and Release services for Capital One Financial Corporation.  Adam is responsible for Capital One’s enterprise performance and automated testing departments as well as enterprise release management. Since joining Capital One, he has provided leadership for the agile transformation of their quality assurance group and led the enterprise adoption of DevOps and ATDD. Before joining Capital One, Adam was with Chase and other financial and insurance companies, in various leadership positions focusing on quality and agile practices. 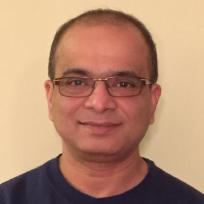 Tapabrata Pal has 20 years of IT experience in various technology roles (developer, operations engineer, and architect) in the retail, healthcare, and finance industries. Over the last five years, Tapabrata has served as director of Capital One’s Enterprise Architecture group, and led the company’s DevOpsSec initiatives. He is currently director and individual contributor focusing on next-generation infrastructure. Tapabrata is also the community manager and a core committer of an Open Source project “Hygieia” that won “Open Source Rookie of the Year” for 2015.
Previously, Tapabrata spent some time in academics doing doctoral and post-doctoral research in the field of solid state physics.

In this episode Ross and I talk to Jonny Wooldridge, formerly of Marks & Spencer and currently at The Cambridge Satchel Company. We ask Jonny his thoughts on what DevOps is like in an Enterprise vs a Startup, how to jumpstart adoption, how to handle “legacy systems”, and get his thoughts on concepts such as “Pace Layering” and “Bimodal IT”.

Ross and I also talk about why the language we use is important when talking about DevOps and DevOps concepts.

Jonny Wooldridge is CTO of The Cambridge Satchel Company and has a history of leading agile cross-functional teams in dynamic and fast paced start-ups in London including lastminute.com, Opodo.com and Photobox.com. Prior to joining The Cambridge Satchel Company he was Head of Web Engineering at the British multinational retailer M&S. He was instrumental in introducing DevOps to the enterprise whilst working on a 3 year / £150 Million project to re-platform the website, order management systems & customer service tools.

He is passionate about Lean and DevOps topics, particularly in challenging environments (like the average enterprise!) and earlier this year started a blog at enterprisedevops.com.